The tragedy of rain on degraded rangelands

The rain should have made me feel good. Here, in the arid lands of northern Kenya, rain is what we pray for, and when it comes it brings relief and joy. We have had very little rain in the last few years, rainy season after rainy season has disappointed. Everybody has lost livestock because of the lack of grass and shrubs for browsing. Water sources have dried up. The stress of persistent drought has affected us all.

The forecast for the coming rainy season in North Eastern counties was not good, below average rainfall was predicted. During the last rainy season our village had less than a week of rain. This unexpected dry season rain was surely a blessing. Yet as I watched it fall I felt immensely sad. 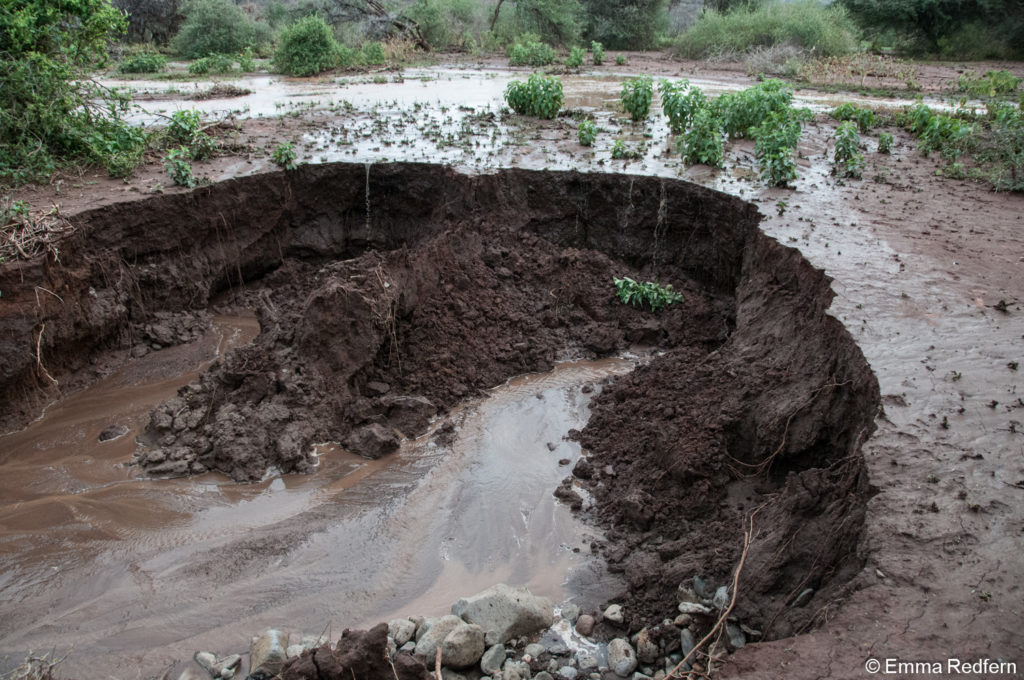 I felt sad as I watched dry luggas flood with mud brown water. I felt sad when I saw the water carve out deep gullies across the land, especially in areas that should have become natural temporary wet lands. I watched with a sinking heart as the soil laden water surged dangerously down these new gullies and disappeared in a few short hours.

The land is bare from years of over grazing, compacted to near concrete hardness by too many little hooves. The water hardly penetrates and instead washes away the top layer of dusty soil. Unchecked by vegetation it sweeps with dangerous speed across the land. Carving out new gullies or enlarging old ones. The water becomes a powerful destructive force, washing away buildings and cutting through roads. 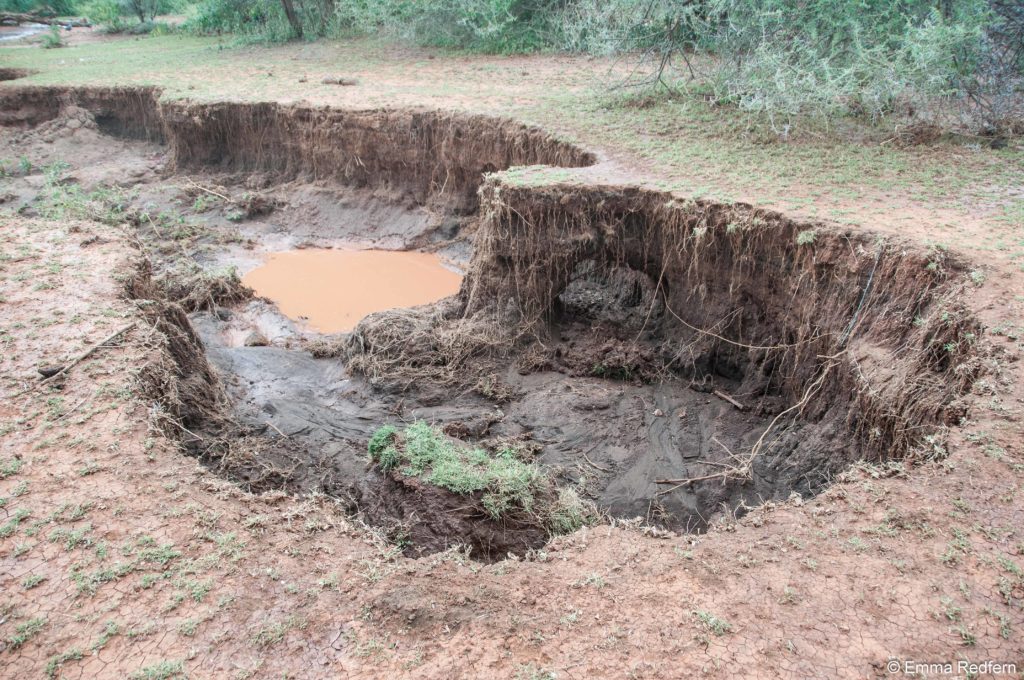 Damage after the rain

I was cut off by flooded luggas, and impassably muddy roads, twice in the last two weeks. Each time for more than 24 hours. The second time I wondered whether I was really ‘cut off’ or just cowardly. When I eventually got out I discovered how real the danger had been and those that had not won the battle with the floods. A teacher from Leparua Secondary School, died on the road to Isiolo town. A motorcyclist and two children carried away by flood water in Isiolo town itself. Others lost their lives in flood water in Samburu and elsewhere. 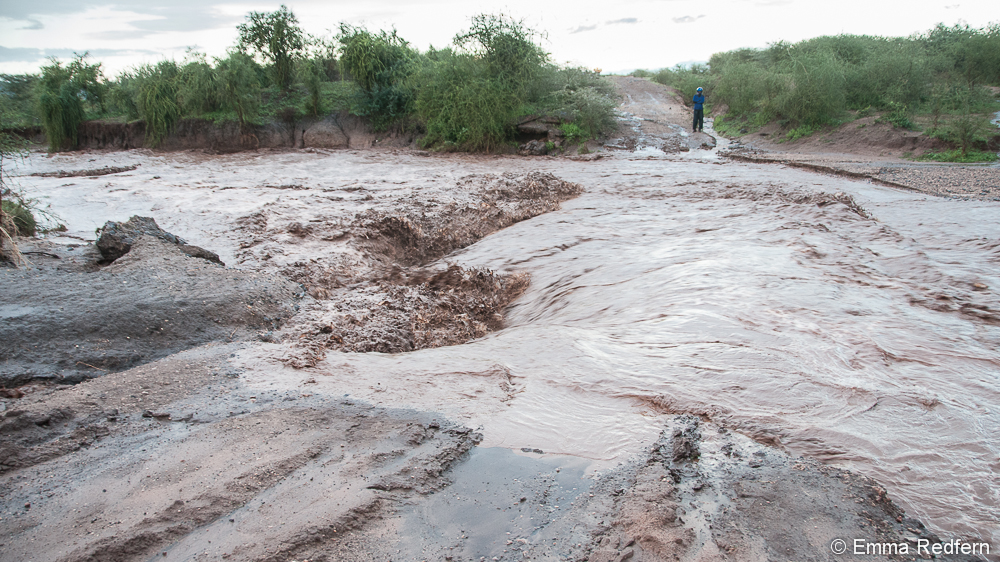 Apart from a few notable exceptions the roads in northern Kenya are not paved. With little care from the authorities these roads quickly disintegrate into deeply rutted mud when it rains. Vehicles often becoming stuck on them for days at a time. As the water rushes off the surrounding land deep gullies get carved along, or across, the roads.

The main road from Isiolo to Kipsing and Ol Donyiro had been progressively damaged in the last two rainy seasons. This last rain has completely destroyed it, not far beyond Isiolo town. Now all those that rely on this road, for medical care, trade or essential supplies, have to venture out into the surrounding bush to find new ways past deep luggas, taking them through black cotton soil that quickly become impassable when it rains. 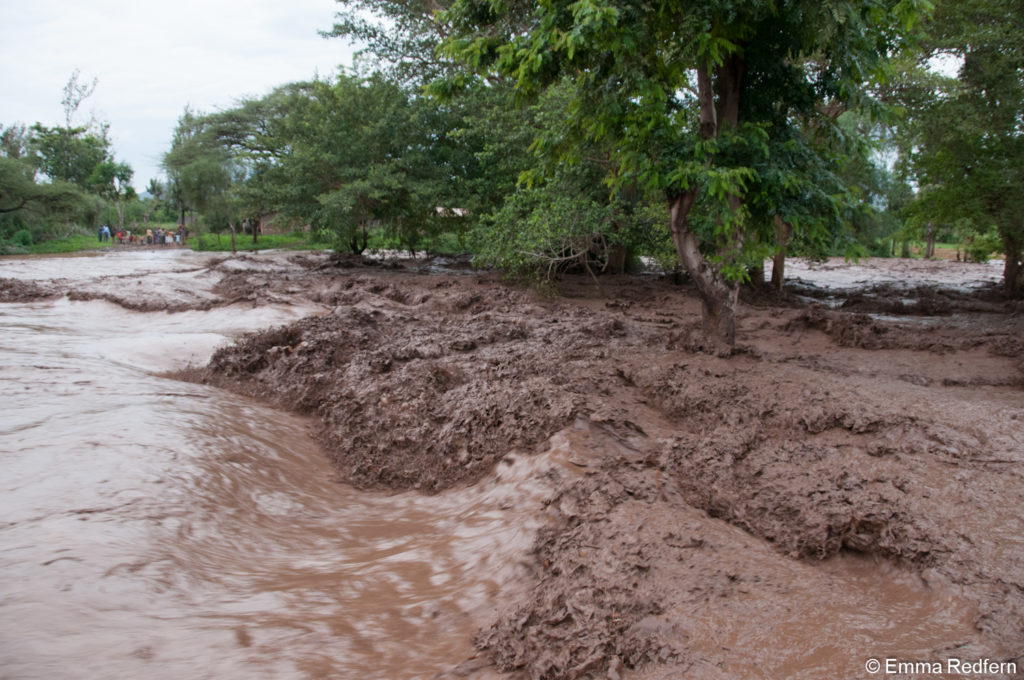 You would think that at least recent problems with access to water for household use would now be solved. Not long ago water was a scarce commodity that people were walking long distances to find. In rural areas there is indeed an improvement, though the water is so thick with mud it is hard to believe it’s usable even for washing, let along cooking or drinking.

The rain doesn’t seem to have helped the water issues in Isiolo town though. A few weeks ago we were being told that the water shortage was because there was not enough water in the river. Those upstream were not obeying the rules and were taking out too much, leaving Isiolo residents with nothing. Now there is plenty of water in the river but we are told the water is so clogged with mud it can’t be treated for human consumption. So the taps in Isiolo are still dry.

Marsabit town’s water sources are in the forest, but each dry season larger and larger numbers of livestock invade the forest, stripping the ground cover and compacting the soil. Soon it’s reservoirs will also be full of mud whenever it rains. 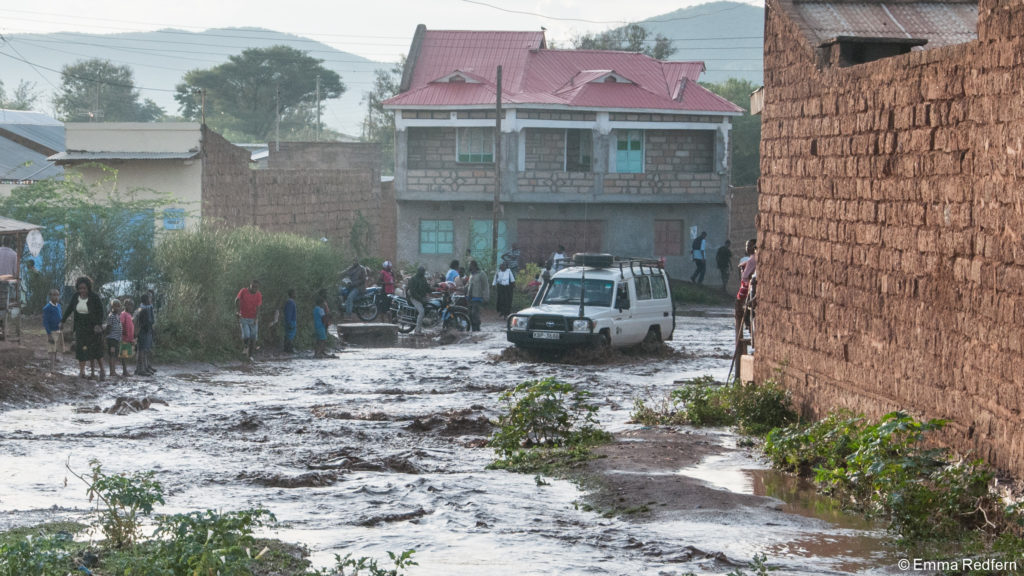 Both these towns are growing rapidly. Alternative plans for water provision in Isiolo, taking it from another community, has already caused conflict. ‘Me first’ and short sighted water plans are going to cause more problems than they solve.

Everything in our environment is interconnected, to make sure that the rain we receive is a benefit not a danger, we must take care of the land. There are lots of ways we can regenerate degraded rangelands, which in turn will reduce dangerous run off, stop gully formation, and let the rivers run clear and clean, but none of them will work unless we keep livestock numbers down.  This is something we must do, not because it’s good for conservation, or wildlife (though those are good enough reasons) but for the future health and well-being of the people who live here, and the livestock they rely on. I for one am not keen to go through many more years like the last few we have had here. The hunger, dying livestock and the desperate search for water. I want the rain, when it comes, to be the blessing it should be. A life giving source of joy, a cause for celebration, for all the residents of these northern arid lands, who go so long without it. 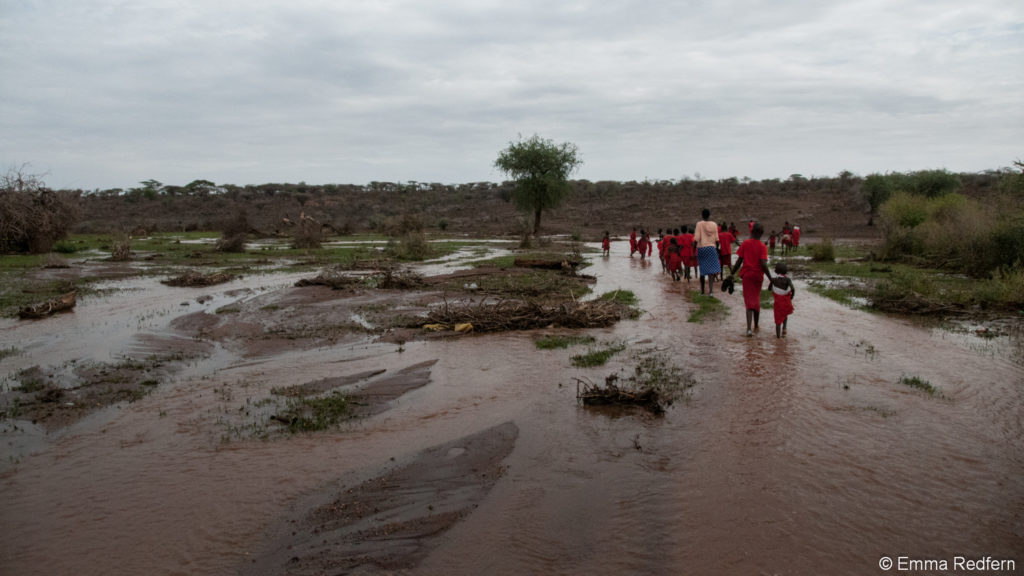