Locusts swarms have been causing destruction across much of Northern Kenya for several months now. So far we have been lucky, they have passed by us to the north, and south, but not landed on or near the school. That all changed 3 days ago. 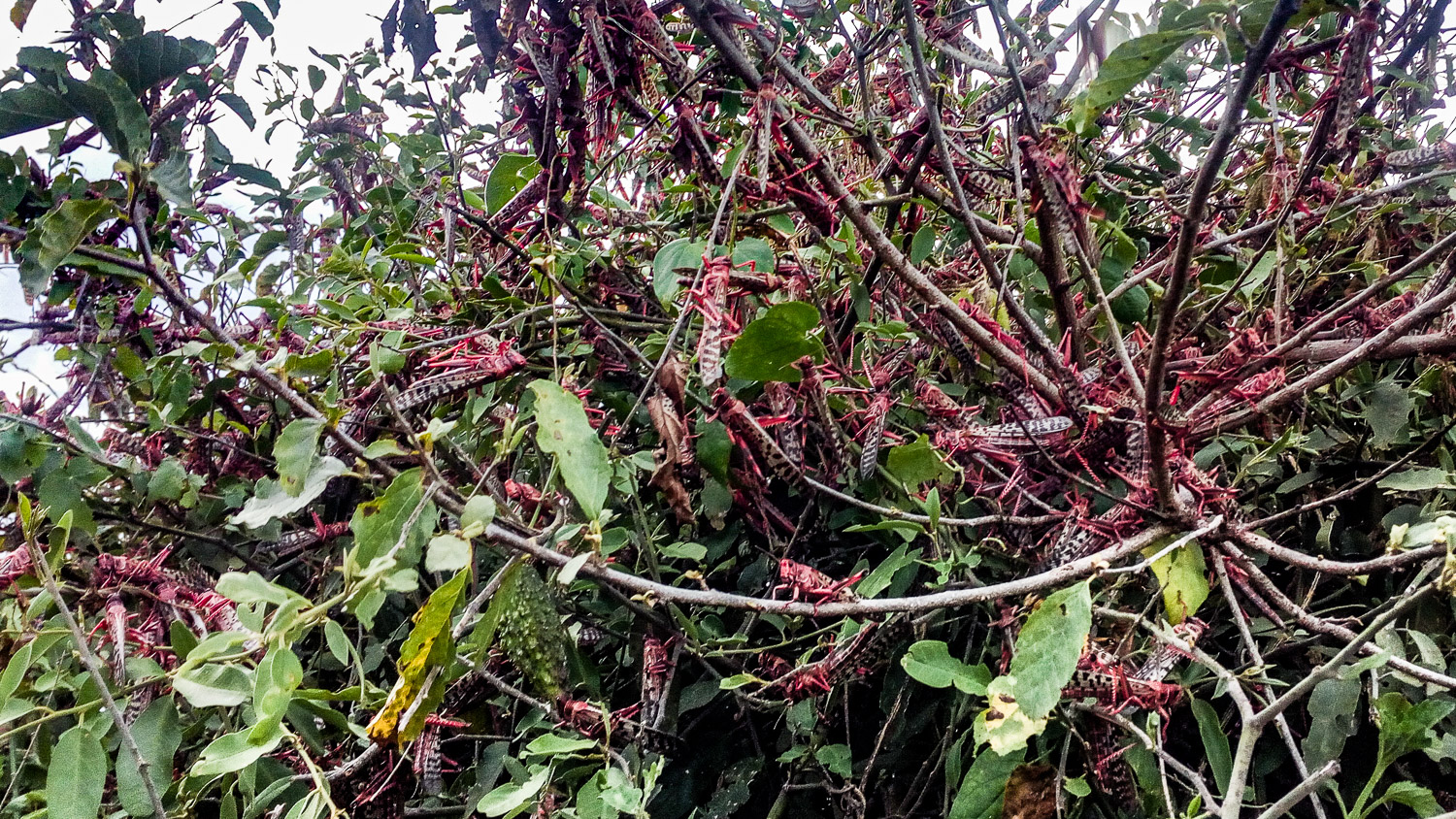 Reports are that the newly hatched swarms coming out of Somalia are larger than those that came across from the Arabian peninsular in January. The threat they pose to livelihoods is greater now than ever. There are now more planes spreading insecticide but still too few to deal with all the swarms.

This article from The Guardian newspaper sums things up pretty well.

“Second wave of locusts in east Africa said to be 20 times worse.”

Kitonga took these videos yesterday at the school. The first shows the density of locust as they land on a tree or bush. With numbers like this it is easy to see how plants are stripped bare of leaves in minutes. The locusts are equally effective on crops and vegtables gardens.

This video shows more of the swarm arriving over the school.