Due to habitat loss the once abundant grey crowned cranes of East Africa are on the decline. Our marsh area was a typical example. It used to be a great breeding habitat for the crowned crane but as it dried up and was heavily grazed the crown cranes were left without a suitable breeding habitat.

They are big birds and need a safe place in dense grasses to build their nest (on the ground, similar to swans) and plenty of safe cover to bring up their chicks. With the water gone and the grass grazed to dirt, with the marsh trampled by people and livestock. There was nowhere left for them to nest. 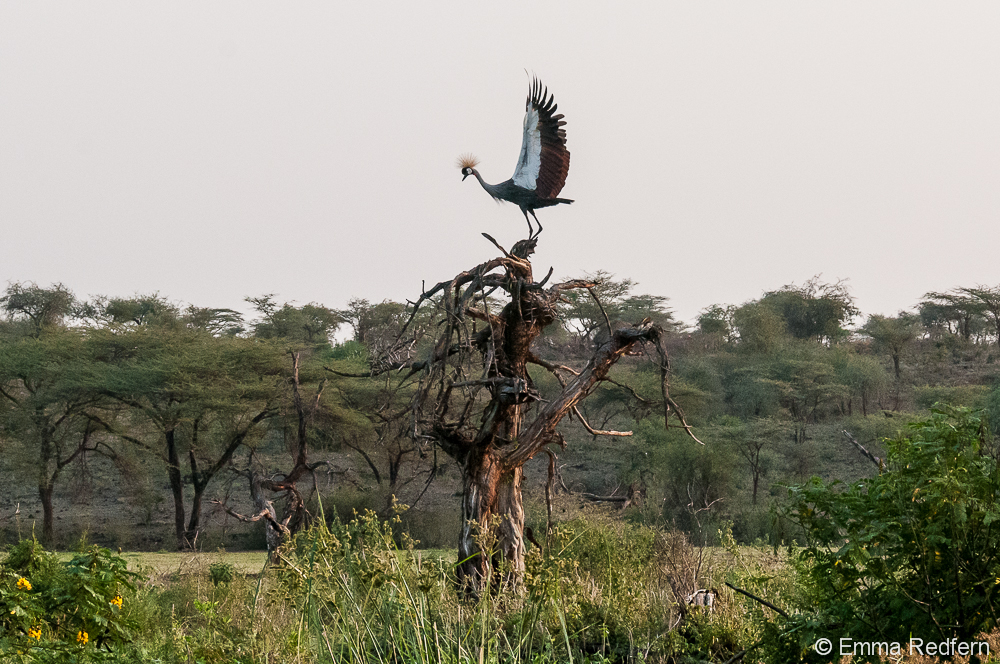 Grey crowned crane landing on a dead tree in the marsh

One of the first successes of the school’s program to regenerate the marsh was the return of a pair of crown cranes. We now have two pairs living permanently in the protected area of the marsh and at least one pair has bred twice since their return.

Crowned crane coming in to land

We are so glad to have these big beautiful birds back in our community. 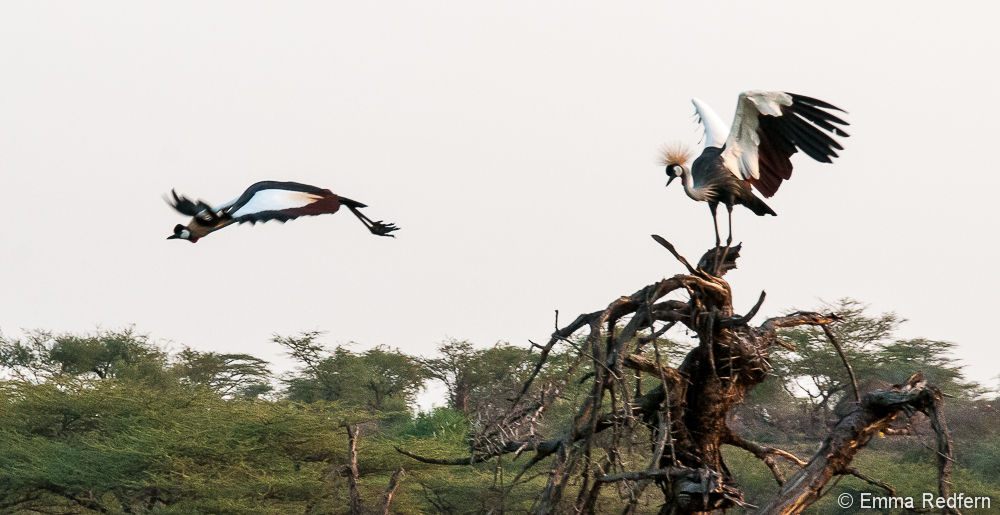 Crowned crane thinks better of landing and continues on