First time with a paint brush

In the western world, one of a child’s first art experiences is a box of brightly coloured water paints. Newspaper spread on the table, a cup of water (always a dirty black within minutes, regardless of the colours used) and a paintbrush. Three and four year olds ensure that as much paint gets on everything else as it does on the paper. What does get on the paper is then put up on the walls as proud parents see little Picassos and Gauguins in the making.

Thanks to Babs (a teacher at a forest school in Germany), Andrea & Ute who sent us the paint and brushes, the children at Olng’arua also got to have this experience. Pierre led a group of the older children in their first painting session, encouraging them to experiment with the new medium. The younger children, helped by Söleñn, also enjoyed the paints, mixing colours until they became muddy, painting each other and of course spilling the dirty paintbrush water over everything. A great time was had by all! 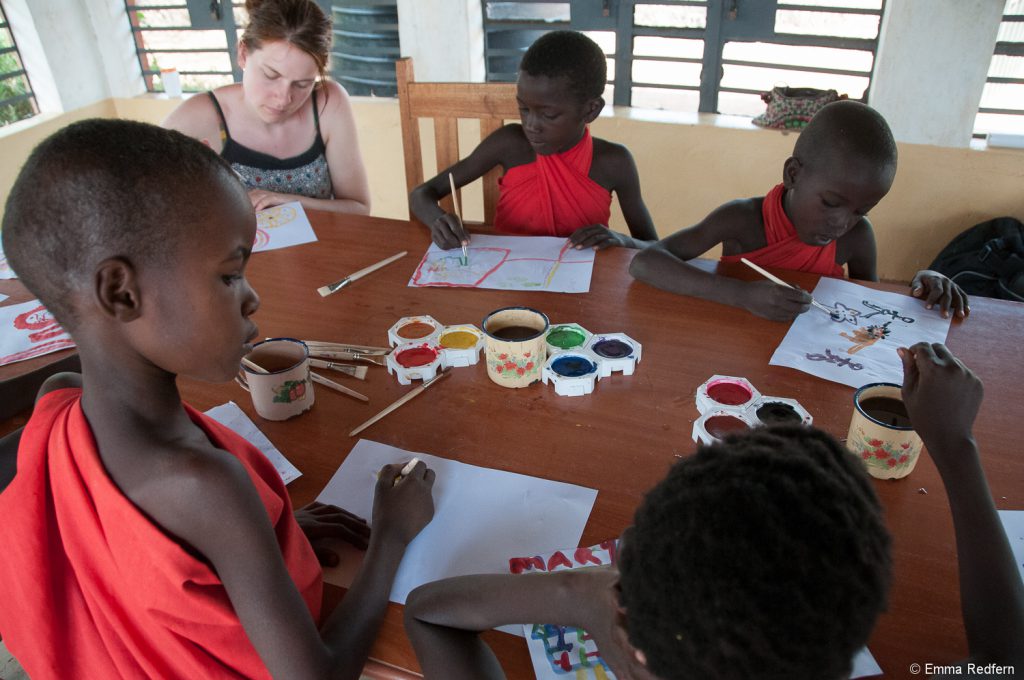 Söleñn and the Leopard group painting

For children with so little access to the wider world it has been great to be able to expand their visual art experience. Babs, Andrea, & Ute took the time and effort to send suitable art material all the way from Europe to Kenya so that they could do that, and we really appreciate that they did. Thank you. 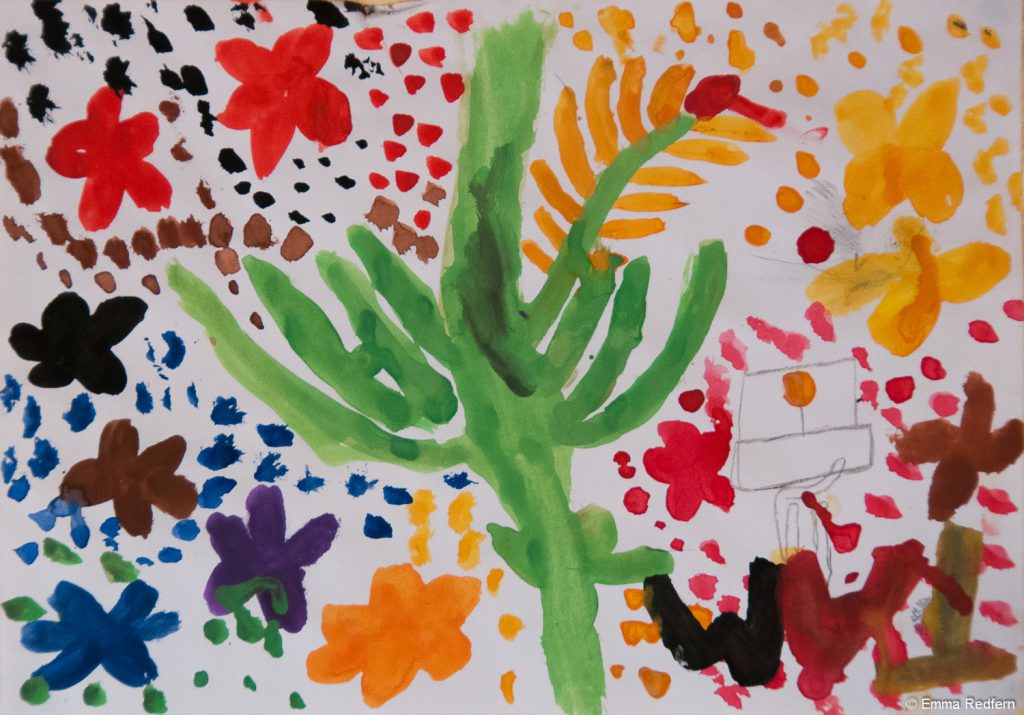 The next Henri Rousseau?