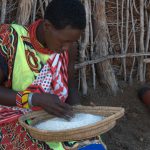 On Friday Kitonga distributed food to the community near the Olng’arua School. The food was bought with the support of Katrin and Jochen Heeskens and their friends in Germany and elsewhere who had raised money to help with the food crisis.

The community themselves decided how the money should be spent, who needed help and what kind of help that should be. Maize is the most common food delivered here during a food crisis because it is relatively cheap, but it has little nutritional value. It also uses a lot of energy to cook. Dried maize, especially if its is of poor quality, can take 3 to 4 hours boiling before it is edible, that requires a lot of firewood, a commodity which is in increasingly short supply.

Mindful of these issues the community members decided to purchase rice, beans and fat as the bulk of the food aid. This would mean that they probably wouldn’t be able to feed quite as many people but they wanted to give good nutritious food to those most in need, the old, ill, pregnant and women with young children. The rice, beans and fat were purchased from local traders so that the money benefited more than just the recipients; it was also injected much needed funds into the local economy.

The delivery day was cold and wet with what many hope is the start of the rains. The coming of the rains won’t make everything better immediately, in fact it is likely to make things worse for a while, but it allows us all to hope that in a few months the land will be greener and the people who live in it will be healthier and happier.

On behalf of the whole community we would like to thank Katrin, Jochen and all their friends for their support and generosity. 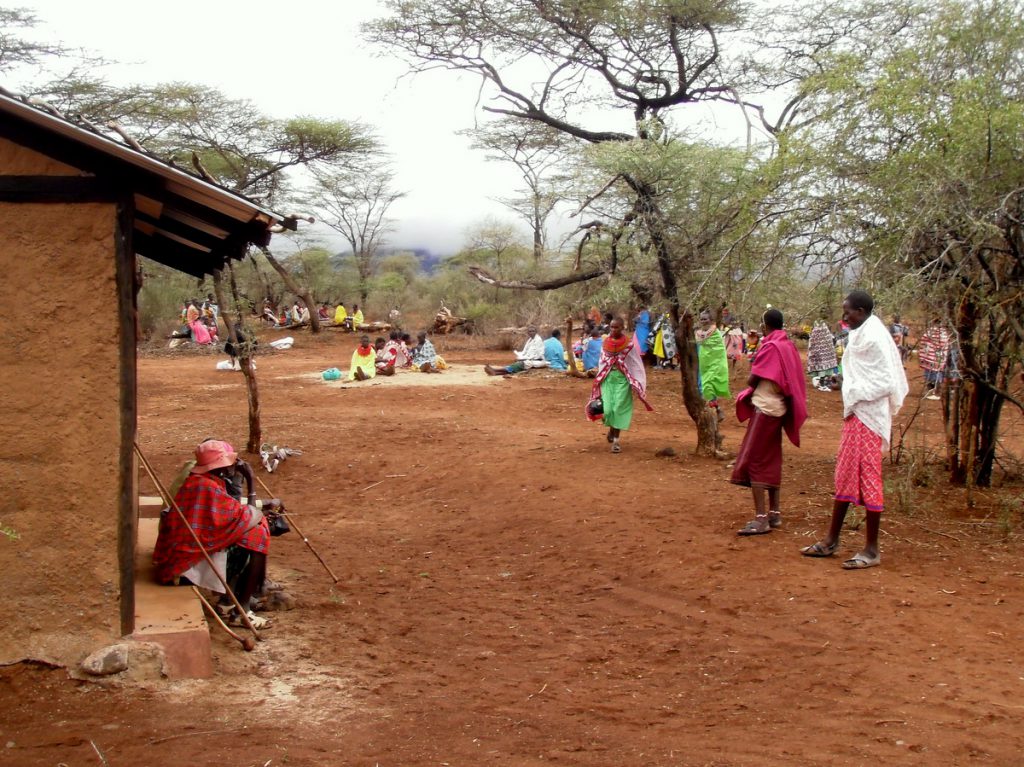