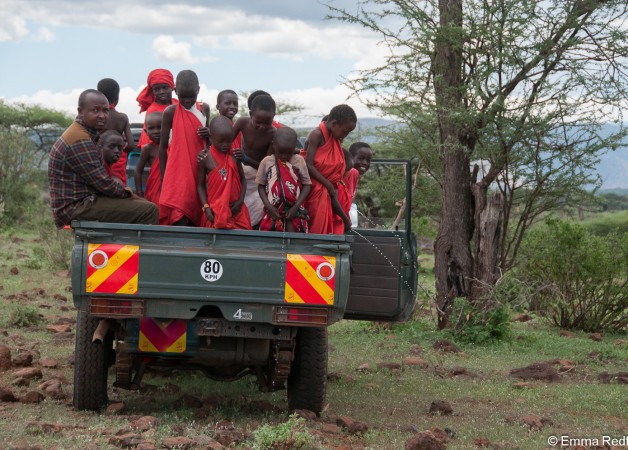 Patrick, the Leopard group teacher, looks less than impressed by the boys’ emergency toilet procedure. What would you do if you really needed a pee while on a safari and surrounded by dangerous wildlife? 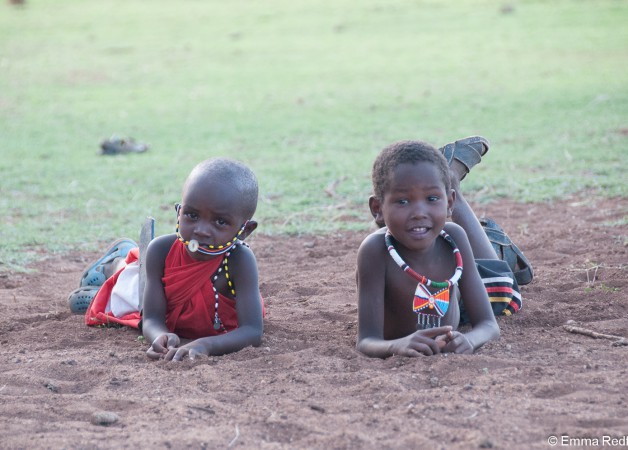 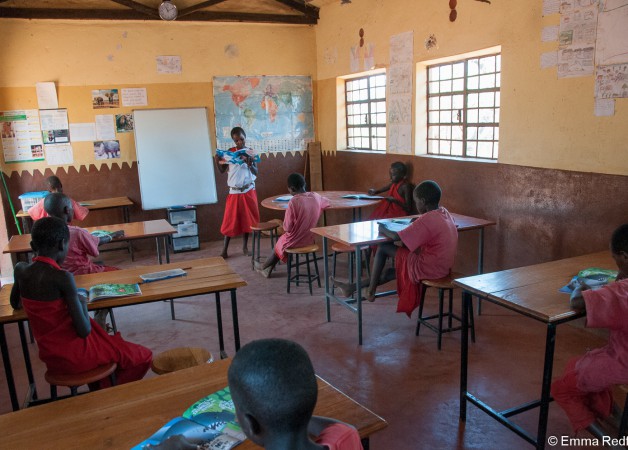 Penila, a teacher in the making.

Penila did a particularly good job of leading the leopards in a story class, encouraging them to engage with the story and discuss what was happening in the text and pictures. Perhaps she may become Olng’arua’s first home grown teacher in years to come. 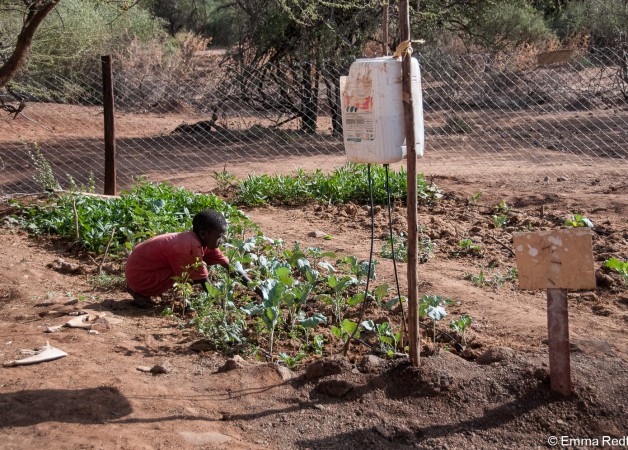 Growing food in a drought is tough!

Trying to keep the school vegetable patch alive when we have to carry all water to the school in buckets and containers is proving hard, but all the ‘grey water’ gets given to the plants and they are hanging in there. 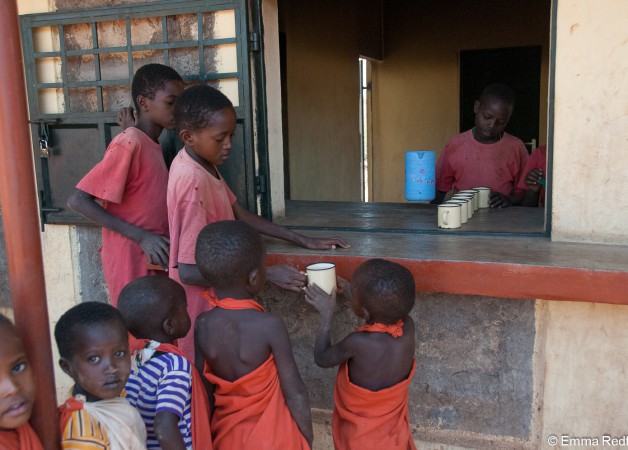 The Lion group are the oldest kids in the school and they help out around the school in many ways. Here they are serving milk to the squirrel group (the youngest children in the school) during milk break. 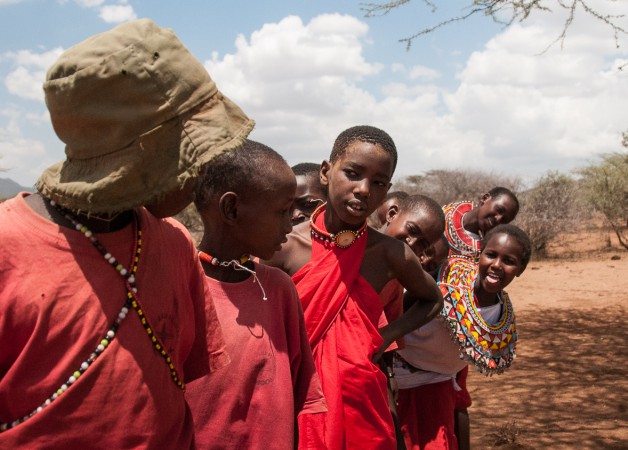 Dressing up and having fun 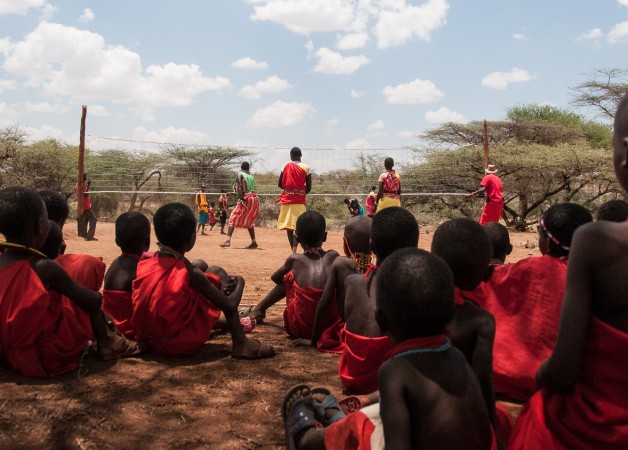 The kids take a break and watch while their mothers play volleyball. 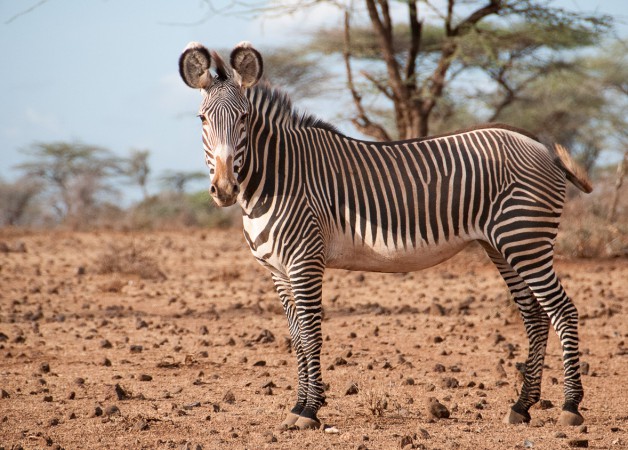 Grevy’s zebra are endangered but wonderfully they are a common sight around the school. The Olng’arua (marsh in the Maa language) is an important dry season resource for them, as well as other wildlife, and that is one of the reasons why we are working so hard to protect it. 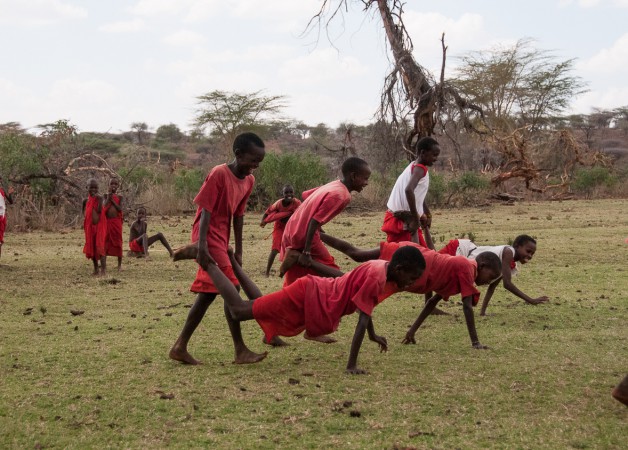 Is there anyone who doesn’t enjoy the wheelbarrow race? Excessive laughter caused several of the competitors to withdraw from the race early (collapsed in fits of giggles), only the most highly disciplined made it to the end. 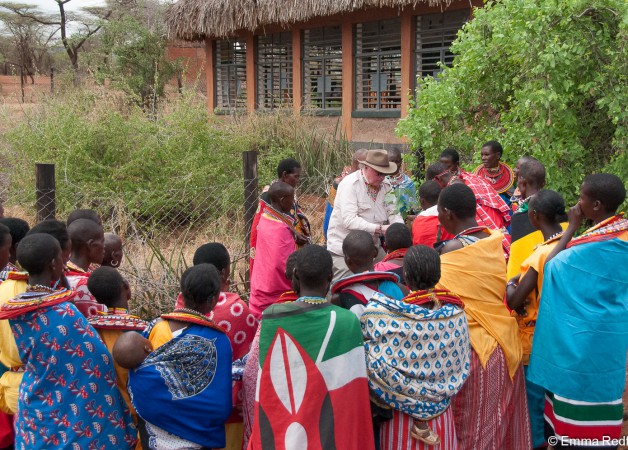 To mark his long association with the school we asked Peter Bender to plant at tree when he came to visit us.