Two years ago Kitonga decided to fence some of the land around the dinning hall. Environmental degradation in the area has led, over the years, to many gullies forming during the rainy season. One such gully had formed through the school, running close to the dinning hall. To counter this Kitonga wanted to fence the area that the gully runs through and allow natural vegetation to recover, predicting that, if it did, then in time the erosion would cease. It was also a great chance for the children, and other members of the community, to see what the area would be like if it wasn’t being over grazed by livestock. 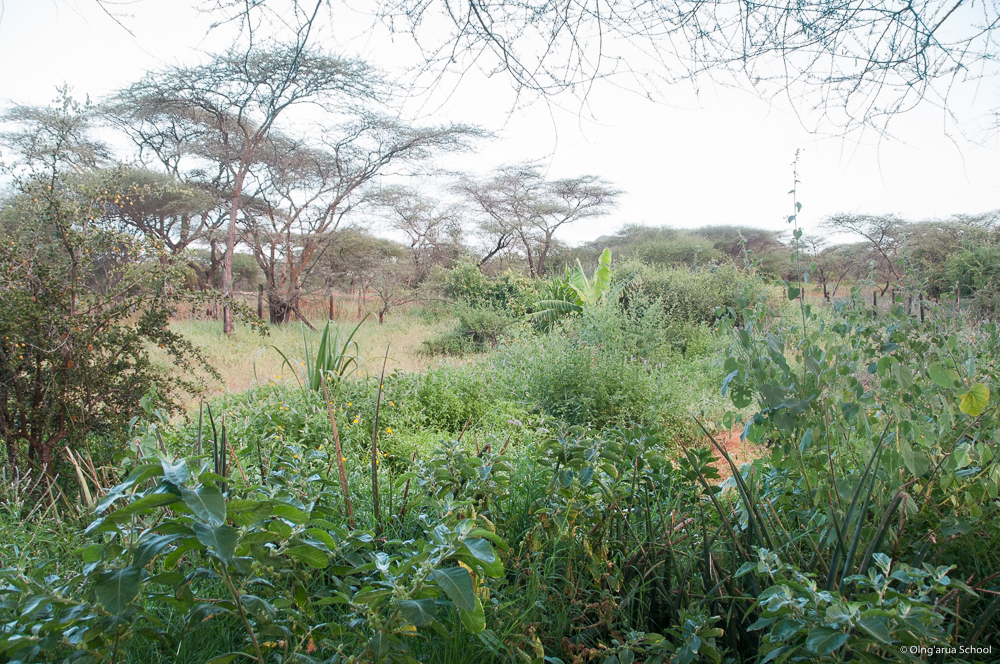 Now, two years later, we are just beginning to see the effect of this area being protected. It is extremely encouraging to see that the gully has all but filled up with soil and plants, the rain no longer gouges through here during downpours but spreads out harmlessly across the ground. Even during the dry season plants remain in the fenced area, providing food and habitat for birds and other small animals. Most of all though, now when it rains, this area quickly becomes a riot of lush growth. Instead of starting from scratch many plants have been able to lie dormant and get a head start when the rains come. The ground is less compacted and a wilder range of plants have started to grow. On the back of this success we plan to extend the conservation area later this year and we all look forward to watching more regeneration as the time goes by.